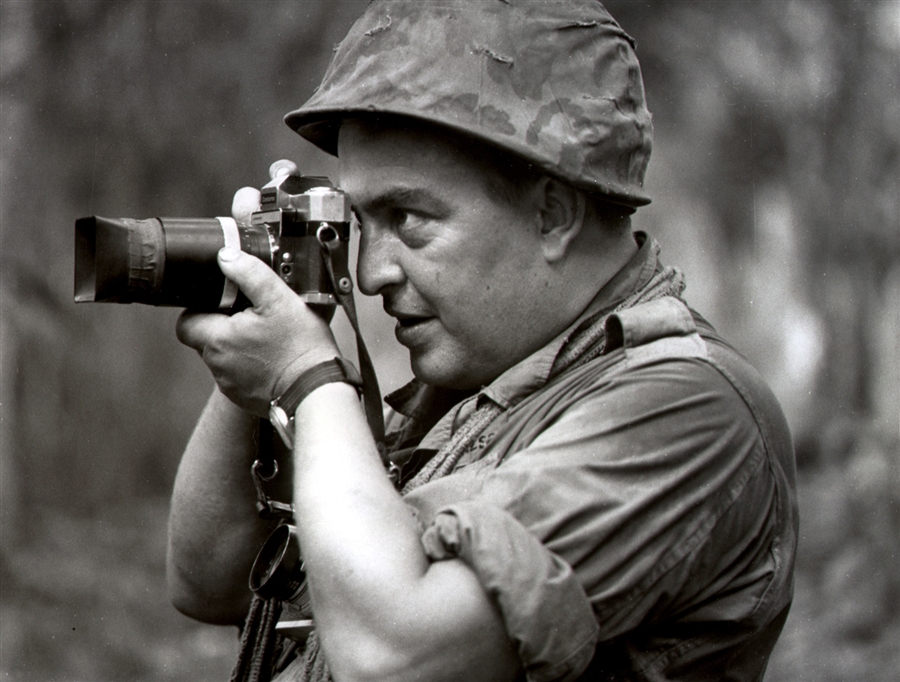 Their enduring nature has led photographers to describe these powerful and disturbing images as stains that that cannot be removed. American foreign correspondent Charles Glass, who spent 20 years covering conflicts around the world, presents a personal view of these harrowing stains of war.
(…)
It hit millions of people. Men and women thousands of miles from Vietnam felt the horror. World opinion, especially in America, created a context that allowed and then demanded photographs to challenge the war supporters in Washington. The photographs got better. People saw what the photographers wanted them to, in the tears of a child abandoned, in the shiver of an unarmed man about to die. In the expression of a terrified and burned little girl. War photographs became another form of propaganda, anti-war propaganda.

This Ap photograph was distributed around the world in 1972. Can you just tell me what impact it had when you distributed it?

Horst Faas, Chief photo editor of the Associated Press:
Well, this picture became almost a symbol of the war. It became an icon. Whenever you picked up the theme of Vietnam you had people saying “Were you the one who took that picture?”. No, I was not the one who took that picture, it was taken by a vietnamese photographer called Nick Ut. The film was looked at by one of my colleagues in the Saigon office. I was in the field myself that day, and this colleague transmitted four pictures from this roll of film: the first picture was a napalm explosion on the background, the other three pictures were dealing with the aftermath of that scene. When I came back the next day, that was 24 hours plus after the event, I looked at the film again and saw this photo and said to my friend, “why didn't you move this? it's a great expression here”. and he said: “But it's frontal nudity. In America they don't publish frontal nudity, and we always get in trouble. That’s why I didn’t pick it”.
Well, I picked it and I said “ I will take that up  to New York”  and the result was it was published on every paper in the world the next day.

Photographs touch people. They win prizes. Horst Faas won two Pulitzers as a combat photographer. In Vietnam he was one of many who showed vietnamese suffering.

Horst Faas - They were napalmed in an accidental attack of Vietnamese-American air forces in Cambodja and it showed again the combination of military action and human suffering and the harsh reality that photojournalism has brought into the world, ever since censorship permits us to take these pictures and publish them. It could well be that if these pictures would have been published in World war I, the war would have been much shorter.
But in World war I the journalists had covered the trenches at the Somme – and so had a comfortable agreement with the English government not to publish any horror, not to publish any suffering or misery stories, but to look for the upbeat. Six hundred thousand troops died at the Somme, but the articles here spoke about “light casualties”.